Sydney is growing at an alarming rate, and this is great news for the labour hire industry as well as job seekers. The infrastructure boom is well and truly underway, with more than $16 billion per year to be invested in major transport infrastructure projects over the next three years. By 2020, spending will more than double as around $36-$37 billion is allocated to various other transport infrastructure construction.
Transport isn’t the only area to benefit, as hospitals and schools are also being built to accommodate the growing population. In the inner city alone, there is currently about $4.8 billion worth of work underway, and a further $3.1 billion worth of work has been approved.
With a strong economy and a record number of construction jobs on offer to Sydney siders, now is the time to get involved. In this post we will highlight some of the major infrastructure projects and roles available to suitable applicants.

Sydney’s Building Boom
As of September 2017, investment in Sydney’s building boom had reached a staggering $62 billion. Whilst much of this investment has been in transport infrastructure, there are also plenty of commercial and residential projects underway. A record number of construction jobs will be offered over the next 4 years, with a peak expected in 2020.
Construction of roads, bridges, tunnels, hospitals and schools across Sydney have all contributed to this huge demand for construction workers. These projects take many years to complete, and there is a constant flow of new projects being added to the pipeline. This means there has never been a better time to find long term work in the construction industry.

Major Projects
Many site purchases have occurred around the inner city, and Brix Projects are proud to supply skilled labourers for a range of major projects, including: 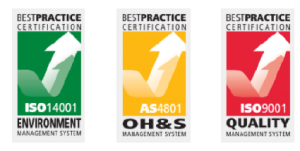